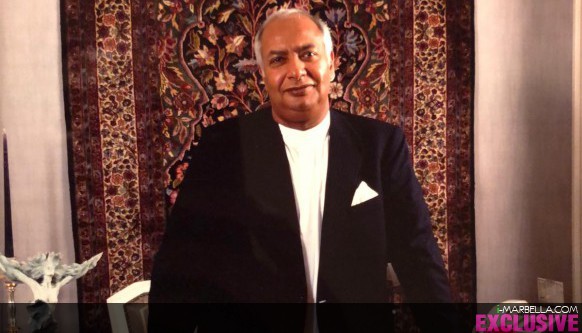 In memory of Sheikh Mohamed Ashmawi, a light in the history of Marbella 1935-2019 Source: i-Marbella.com

In this way, for well over 60 years and with great respect and professionalism filled the Saudi Arabian markets with the strength to strength.

Then, the activities of SAM (Saudi Arabian Markets Limited) which incorporated new agencies and joint ventures with companies such as Shell, BP, Burmah Castrol, Fosroc International and Taylorplan, a lubricant blending plant, aviation refuelling services and the manufacturing of building construction chemicals together and catering supplies to workers to all over Saudi Arabia.

Ever Since then the Sheikh Mohamed became a promoter of the city at such a level that he opened United Nations offices in San Pedro de Alcántara in his capacity as chairman of the U.N. board in Andalusia Chapter and hosted the 4-day celebration in occasion of the 50th anniversary of the United Nations which featured a parade, gala dinners, an open public concert, and the naming of the street now known as "Avenida de las Naciones Unidas".

Besides, Sheikh Mohamed was the founder and president of Al Andalus Television which promoted Marbella, and it's surroundings with a Nile Satellite Station to the Arab world and beyond.

Beginning of the nineties, Sheikh Mohamed was recognized for his patronage and contribution to the city of Marbella. Marbella town has honoured him with the naming the street in front of his residence "Mohamed Ashmawi Boulevard".

After Sheikh Mohamed's demise on May 2019, the Mayor of Marbella once again honoured him and his family with updating the Boulevard's name to Mohamed Ashmawi Boulevard and presenting new sign at the pedestal in his honour in the roundabout.

Sheikh Mohamed Ashmawi passed away peacefully in Hurghada, Egypt on the 31st of May 2019 and was buried in the Holy City of Mecca in Saudi Arabia.