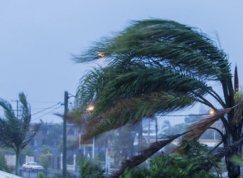 Catalonia is tallying up the damage after gale force winds battered the region on Tuesday.

Two people died in the town of Terrassa when a wall collapsed, while a 60-year-old Swedish woman was killed when winds flipped her car over, sending it plunging 10 metres.

In another incident, a train driver with national rail company Renfe was seriously injured when a tree smashed into the driver's cabin of his train. He may lose his leg, Catalan daily La Vanguardia reported.

Tuesday's storm, the region's worst since 2009, also saw power cuts to around 43,000 homes while roads and train lines were also affected.

Public parks in Barcelona have also been closed because of the risk of falling trees and branches.