At Least 15 People Injured in the Earthquake in Melilla 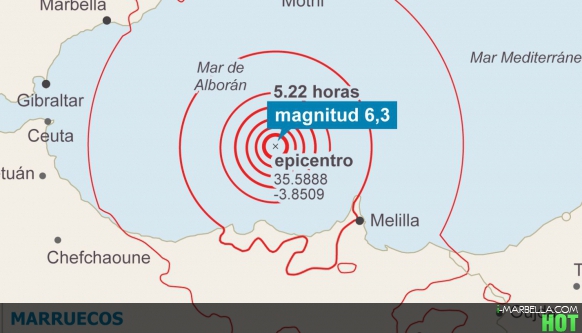 An earthquake with a magnitude of about 6.3 occurred in the early hours of Monday in the Alboran Sea.

The quake was felt across the coast of Málaga, Granada, Almeria, Seville, Jaén, and Melilla. People were surprised and frightened, all at the same time, since an earthquake is a rare occurrence in the region.

It is reported that at least 15 people were injured in Melilla.

The epicentre was registered in the Alboran Sea, between Al Hoceima and Melilla. Following the quake, according to the National Geographic Institute (IGN), there have been seven aftershocks, the strongest one at 5:34hrs, of magnitude 4.5, and at 7:10hrs, of 4.4.