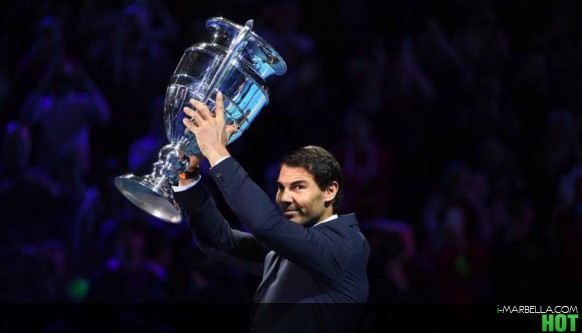 
After showing an amazing performance through the whole tournament and being under an emergency retreat due to health issues, Rafa Nadal ends up being the Number 1 Tennis Player of this ATP world tour 2017

The condition of his knee has caused the world’s number 1 to retrieve from his past competition at the Paris-Bercy phase of the ATP 2017 tournament but this wasn’t enough to get him off the podium.

The tournament ended up with Rafa Nadal in the first position followed by his most competitive rival Roger Federer with a breach of fewer than 2000 points.

Eager to keep on playing the champion stated in this social media “Great year, great feeling. Thanks for the support and everything to my family, my team and you guys the fans!!!!” as he celebrates his new deserved title. You can watch the full post here.

i-Marbella is moving to the video format and here we have our very first news on video!