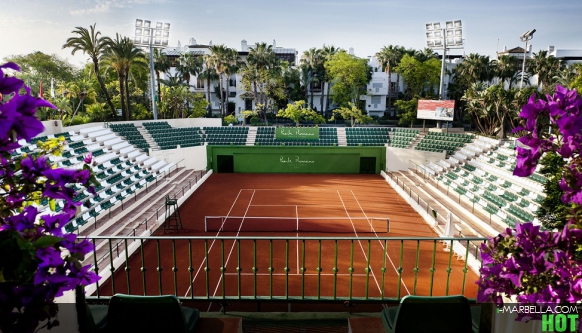 The tennis industry is very competitive and the best tennis academies have survived and flourished because they bring something above and beyond to the table, whether it's their superb staff, their business acumen, or their singular commitment to their students. Here is our list of the most successful tennis academies in the world. We won't rank them, but feel free to pick your favorite (or suggest one that isn't here) and defend your choice in the comment section below.

The Romano Tennis Club is a part of the Puente Romano Beach Resort a luxury hotel in Marbella. The Tennis Club was opened in 1979 and originally managed by tennis legend Bjorn Borg. From 1983 to 1998, the baton was passed to famous Spanish pro Manolo Santana.

Puente Romano Tennis Club is a member of the RFET and hosts numerous well-attended National and International tennis tournaments. Boris Becker, John McEnroe, Serena Williams, Henri le Conte, and many others have all competed at the Club.

In 2001, the Puente Romano Tennis Club was voted as the best Tennis Club by the "Registro Profesional de Tenis Español". In 2007, it was proudly voted Europe's third best Tennis resort by ACE Magazine (11/07).