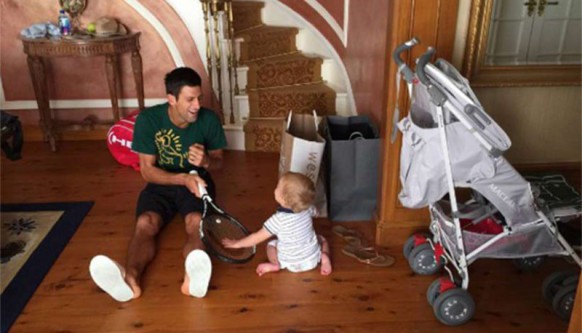 
Novak Djokovic and his wife Jelena are expecting a baby girl. The last tests run in Monte Carlo with their doctor showed the gender of the baby that the former World No. 1's wife has had since last December.

There could not be better news for the couple, who wanted a girl after becoming parents of the little Stefan in 2014 October. Jelena will give birth at the end of August probably just before or during US Open, a tournament where Nole reached the final last year. It's a happy moment for both families, as Jelena's sister, Anna, and her husband Luka Bogdanovic, basketball player, expect a baby too, while Novak's uncle Goran had two twins a couple of months ago.

In a recent interview, Nole had said he was more than happy for his second child, and when asked if he wanted to have a boy or girl, he had said that the most important thing was the baby's health. ‘We are joyfully for all of our love, we are getting along well, and these days there is going to be more of us. In recent times it was crucial for me to have a full support of my family because that is essential for the stability of every one of us. I just wish for everything to be OK and that is the ultimate joy', Djokovic stated.

i-Marbella is so happy to congratulate the amazing young couple!