Starlite Festival, should it stay or should it go? Marbella, August 2017 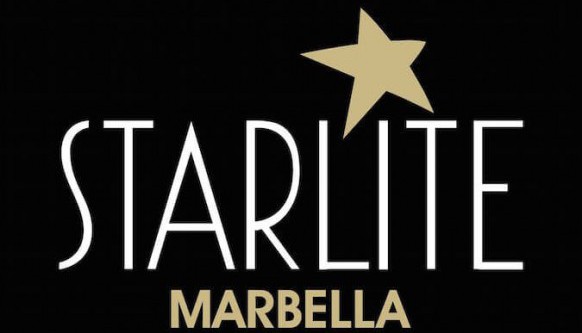 The old logo from the Festival, now to be called only Starlite Festival. Source: Starlitemarbella.com


The last couple of days, Starlite Festival has been in the eye of the storm, and here in i-Marbella we want to know your opinion.

Marbella, August 8, 2017. The past few days we have heard and read a lot of rumours regarding the problems between Starlite and the Local Government of Marbella.

Like any other story, this one has two sides and we are going to give you information from both sides to have a full picture of the problem. Here in i-Marbella, we want to hear what our audience/readers think about this issue.

Starlite's side of the story

Starlite claims the local the lack of institutional support by the City (Marbella) and also the sudden change of conditions. The municipal government has increased 17 times the amount to be paid by the companies promoting the event. Starlite Festival will have to pay 121,000 euros this year for the exploitation of the auditorium and not the 7,000 euros it had paid so far. This is, obviously, a complete advantage for the local government. They are also forgetting that in previous years, Starlite made infrastructure works for the venue.

The organizers of this event, which have celebrated six years, define it as the biggest cultural leisure event of the summer of Marbella, which has given work to 800 people and has generated an economic impact of 80 million in four years.

The local government's side of the story

The local government (Marbella) claims that the main problem is the failure to comply with closing times. Last Thursday the organization had to order the closure of the venue in the middle of a concert, to the amazement of almost two thousand attendees who had to ask for their money of the tickets. The security forces claimed compliance with the rules, according to which, because the spectacle has an auditorium license, instead of public entertainment, the music could not exceed the two o'clock schedule.

Also, some entrepreneurs of the Marbella night scene have pressed to be measured "by the same standards to their businesses, which remain empty during the summer in the opening hours of Starlite."

And, in addition, there are complaints of the millionaire neighbours of the area where the festival is held, denouncing the massive traffic jams that are produced in the doors of their mansions.

These are the two sides of the story and we want to ask:

- Do you think there will be a solution for this?

- Would you like Starlite Marbella to stay or would you prefer if it changes the location for future years?

We want to hear your opinions, leave us a comment or send us an e-mail to: info@i-marbella.com

The logo of Starlite before and after the problems, Marbella, August 2017.

Jon 14-08-2017 00:22 Starlite is business and as much I know first years they owned money to everyone!!! Printing company, beverage Company, Business who paid to sell at Starlite food and drinks, never made any money. And I also have heard some artist never got money!
0

LOL 12-08-2017 12:55 Business is a business if they don't make positive cash flow should go and if they do good lets stay! This is with every business in Marbella. The purpose in business is gain profit. It is simple. I don't see to prefer one business to another one.
0

Starlite Marbella invites you to see the movie Emoji this 28th of July 2017.