How Will the Fear of COVID-19 Affect Tourism in 2021 and Beyond?
Gallery ▸ Starlite
Starlite 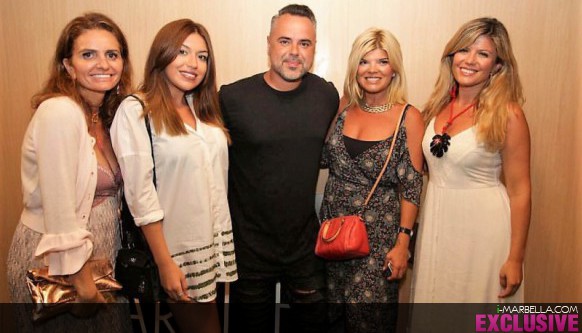 Juan Magán and his fans in Starlite Sessions Source: ramoscomunicaciones.com


Second day of Starlite and the disco area is filled to the rhythm of the music of the singer and Dj Juan Magán, who one more year visits Marbella and fills the quarry of nagüeles.

The Dj and Spanish singer Juan Magán visits one more year Starlite Festival to perform one of his magnificent Dj sessions with songs of all his career and his last successes.
The artist did a review with his great songs included the duets with international artists, which made the entire crowd vibrate, it was full of fans singing to the rhythm of the music.

Starlite has become a reference of national and international DJs that during the month of concerts will host a large number of renowned artists both in concerts and in the disco area.

Juan Magán returns to the Starlite next August 22 to perform again.He has been focusing on music since 1995, but it was with the rise of Electrolatino in 2008 that began his international recognition.

Since then, its recognition and consolidation have been growing by leaps and bounds: he has won 4 Platinum Records, 2 Gold Records in Spain and one in the USA. HE has been nominated three times to the Latin Grammy and has more than one million singles sold.

At the end of his performance, the artist received in backstage the presenter Félix Ramos and the influencer Salman Yousra, both spoke with the DJ and could congratulate him in person for his great performance as well as comment anecdotes of his tours in Spain and abroad. The artist feels enthusiastic to return to act in Starlite besides being present in the concert of his friend Carlos Vives.

Starlite is music, show, experience and sensations; Is a meeting of national and international artists; Is a meeting point for friends and people from the world of culture, leisure, sports, celebrities and opinion leaders; It is pure nature, it is philanthropy; But above all it's exclusivity and entertainment, it's high gastronomy and premieres, it's luxury and closeness ... Starlite is much more than a festival, and this 2017 presents a sixth edition in Marbella very special, and a 2nd Edition of the Gala of Mexico for everything top.

How Will the Fear of COVID-19 Affect Tourism in 2021 and Beyond?
Vote