End of the Beckham Tax? 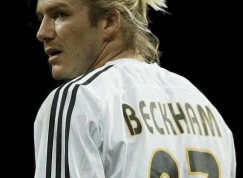 The Government wants to scrap the "Beckham Tax"

The Spanish government, has announced that it will  end tax breaks on foreign footballers who earn more than €600,000 a year.

The Government wants temporary foreign workers who earn more than €600,000 € a year to pay 43% top band income tax, and not the 24% that they currently pay.
The change would only apply to those who sign a new contract after Jan 1 2010; players whose contracts predate that will continue to pay the lower rate.

The measure could attract top international players to the country before the end of the year, but the Spanish Professional Football League has said that it would consider taking strike action if the measure is finally approved in Congress.

The current lower rate, known popularly as the ‘Ley Beckham’, was established in Spain at the end of 2006 with the intention of attracting top scientific brains to Spanish companies. However many football clubs took advantage of it to attract top international players (who are not known for their intellects) to La Liga

In comparison in the UK players are currently taxed at 40% although an increase to 50% has already been announced.