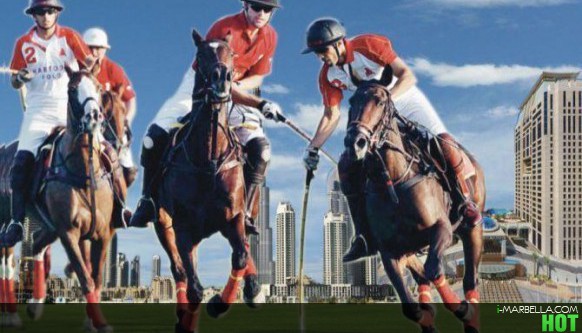 
The Dubai Cup (8-10 Goal Handicap) will be played between April 8-15, 2016. Playing host to some of the best polo teams in the world and attracting the leading players from Argentina, England, UAE, their sole aim is to win the prestigious Gold Cup trophy.

The Dubai Polo Gold Cup was founded in 2009 and is now a series of the two premier polo tournaments in the Middle East. Our events attract a large amount of VIPs, society figures, famous personalities, and senior corporate executives: it's under the patronage of His Highness Sheikh Maktoum bin Mohammed bin Rashid Al Maktoum, Deputy Ruler of Dubai.

Played under the banner of the Hurlingham Polo Association (HPA), the Gold Cup is played according to the HPA rules, and the provision of umpires will be managed under strict international supervision by the HPA.

Dubai Polo Gold Cup is the premier polo competition of the year and involves the world's best polo teams and players battling it out to win the title. The most prestigious international polo tournament in the Middle East, no other game combines the grace of equestrian pursuits and the skill of a ball game with such thrilling results. With its exciting mix of top-class sportsmanship and glamour, it has earned a reputation as one of the most prestigious events on the international polo calendar. It's also one of the most important annual tournaments in the region and always attracts a high profile crowd.