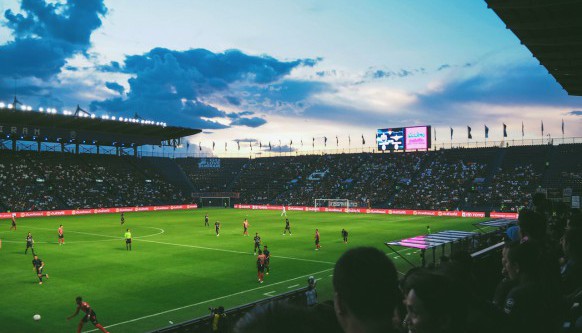 5 greatest sporting events are watched all over the world.

The global sporting scene has never been healthier. Numerous high-profile competitions have achieved worldwide fame over the last century, paving the way for professional players in everything from golf to soccer to become bona fide global superstars. Events such as the FIFA World Cup or Super Bowl are watched by millions nowadays. It’s extremely difficult to find more momentous global events, confirming sport’s gargantuan importance in modern life.

People love watching sporting tournaments or finals for various reasons. The sheer excitement is one reason, although fans also love betting on things like the Super Bowl. Sportsbooks offer various bet types and competitive odds on this annual NFL season finale, allowing bettors to feel even closer to the action. Check out current Super Bowl odds to experience the excitement for yourself.

21st-century advances in sports broadcasting and reporting have enabled scores of globally celebrated sporting events, but some are bigger than others. Stay with us for five of the greatest games and tournaments watched worldwide.

The first Super Bowl took place in 1967 when the Green Bay Packers defeated the Kansas City Chiefs at the Los Angeles Memorial Coliseum. Since then, it has become the crown jewel in the NFL season and one of the most significant worldwide sporting events. For context, Super Bowl LVI had over 200 million viewers, with people from almost every country tuning in to watch the Los Angeles Rams defeat the Cincinnati Bengals.

There are several main reasons behind the Super Bowl’s awe-inspiring success. As the culmination of a hard-fought NFL season, the main entertainment is always what happens on the playing field. However, the Super Bowl has also cemented itself as a massive cultural event. This is primarily due to the commercials and critically acclaimed half-time show that regularly features the hottest music acts on the planet.

The Olympics is arguably the most iconic and widely viewed global sporting event. 206 nations competed in the 2020 Tokyo Olympics, with 11,420 athletes across numerous sporting disciplines competing for the medals. It’s incredibly difficult to compete against the Olympics when it comes to worldwide viewing figures. The most recent games had over three billion worldwide viewers, but previous instalments like Rio 2016 attracted even more.

The Olympics in Brazil was also noteworthy for other reasons. The recently deceased Queen of the United Kingdom honored Team GB after their best Olympics performance in 108 years. The United States were the overall winner with 113 medals, including 39 golds.

The UEFA Champions League is by far the world’s most iconic and celebrated club soccer competition. Established in 1955 as the European Champion Clubs’ Cup, the competition initially only featured the champions in each of Europe’s domestic leagues. It changed its name to the Champions League in 1992, with an added group stage bringing it closer to today’s format.

Real Madrid is by far the most successful Champions League team, winning a remarkable 14 trophies. This soccer competition features most of the world’s best players, with iconic figures such as Lionel Messi and Cristiano Ronaldo making a name for themselves in the legendary tournament. It has also given fans some of the best soccer games of all time – for example, Liverpool’s against-the-odds comeback against AC Milan in 2005 is unforgettable.

While the UEFA Champions League is the most significant club soccer competition, there is ultimately no beating the FIFA World Cup. One of the most excitement-inducing tournaments in history, this global soccer celebration is simply unassailable. Played every four years since 1930, it has become a quintessential date in the global sporting calendar.

The Qatar 2022 World Cup is just around the corner. It will be the first tournament played in the winter, controversially creating a pause in most domestic soccer leagues. But fans aren’t likely to care as it kicks off, with the likes of Kylian Mbappé, Lionel Messi and Harry Kane keen to impress on their biggest stage.

The MLB World Series only features teams from the US, but it’s still one of the most widely viewed worldwide sporting events. It was first played in 1903 between the Pittsburgh Pirates and Boston Americans.

Nowadays, the MLB World Series contests the winners of the American League and National League respectively. The beautiful Commissioner's Trophy is the prize for the victors of the best-of-seven playoff.