The Top 5 Rules for 'Bad Girls' 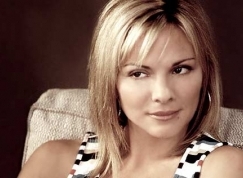 
"I love you...but I love me more," said Samantha Jones of "Sex and the City." While Charlotte, Miranda and Carrie all went the marriage route, Samantha flirts and sleeps with whatever man tickles her fancy.

As I was growing up, I learned, as many American females did, that "nice girls" didn't sleep with lots of men. A "nice girl" falls in love, gets married and has some kids. That was always the acceptable script. Today, that script is still popular. If a man sleeps with a lot of women he can get away with it relatively unscathed. Sure, some women may call him a "dog" when he doesn't return their phone calls, but chances are he's sharing the details of his latest conquest over a beer with his buddies.

Are you in the minority? Maybe. But as a "bad girl" you have two choices: be proud of who you are or hate yourself because everybody says you should. If the former is more your style, a willy-nilly approach to sex is not recommended, because even a proud "bad girl" should follow some rules.

Carry your own condoms

According to the Centers for Disease Control and Prevention, the top 10 killers of Americans are heart disease, cancer, stroke, chronic lower respiratory diseases, accidents, Alzheimer's disease, diabetes, influenza and pneumonia, nephritis and septicemia. That sexually transmitted disease that we all fear didn't make the top 10. So throw out your cigarettes and stop eating greasy burgers every day.

However, that doesn't mean you shouldn't be concerned about STDs or pregnancy. Your responsibility as a "bad girl" is to protect yourself and the person you're with. Don't expect him to carry a condom. That's your job. Keep some in your purse at all times.

Don't get drunk and then have sex

If you're about to have a one night stand, do it sober. Why? You'll probably not bother with a condom if you're drunk. When you wake up in the morning, you'll know who you slept with. If you decide, last minute, you don't want to sleep with him because he's creepy, it's easier to get away from him if you're not loaded.

There's more, but you get the gist.

Don't wait by the phone after sex

You met him; you had sex and now you can't stop thinking about him. But there's been no calls, no texts and you're getting a little pissed.

Keep your business to yourself

If you confess to your girlfriends that you slept with yet another man, some of them may feel sorry for you and nag you to change. Again, many people are of the belief that a woman who sleeps around does it because she can't get a man to love her. If you subject yourself to that you'll start believing it. In addition, don't confess your actions to the parents. Chances are they won't understand why their darling daughter is sleeping with so many men.

Don't sleep with her husband, your girlfriend's ex-boyfriend or your boss

He has a cute face, a cute butt, and he's been flirting with you for quite some time. He'd love to get with you. Except for one problem, he's married. Let him fool around with someone else. Don't you be the one.

Same goes for your girlfriend's ex. She may say she doesn't care, but she does. Sleeping with your boss isn't a good idea, either. When you break his heart, you may lose that coveted job.

There's plenty of fish in the sea. Choose one that's not on a hook.

Rules and regulations that could affect your life in Spain