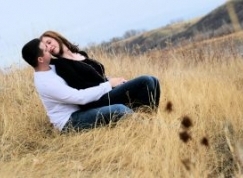 Scientists have developed a spray that makes men more affectionate and more understanding to other’s feelings. Use just a little bit of the so called “cuddle chemical” and the toughest macho becomes as sensitive as a woman, writes Geniusbeauty.

The spray is based on oxytocin, a hormone that is released to the blood during delivery and is involved in the production of breast milk and the development of mother and baby bond. Moreover, the spray creates the feeling of satisfaction and reduces anxiety, according to Daily Mail.

The international group of scientists from the Cambridge University and the Friedrich-Wilhelms University conducted the experiment with nasal spray containing oxytocin. 24 men involved in the experiment experienced the increase of their levels of sensitivity up to that usually found in women.

Actually it is now unclear how long does it take for the spray to wear out. And think of it, what happens if men simply stop being able to hang bookshelves, drive spiders away or sharpen knives.

Beautiful women cause stress in men

Lovers can sniff each other’s feelings?!