Spanish men are happy with friends, unhappy with sex 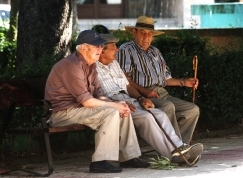 
A study conducted on 3,500 Spanish men aged from 18 up to 95 has revealed that very large numbers suffer from erectile dysfunction. Nearly one third of Spanish males find their sex life unsatisfactory, followed by their relationships, in third place on their list of concerns, was the current employment situation.

The sample taken by the “Epidemiological Study for the detection of sexual dysfunction” at over 700 centres across Spain. The survey found that men were most satisfied with friendships (67%) and family (60%).

Spanish men suffer from erectile dysfunction at a rate of 42%, and lack of sexual appetite (21%) and difficulty in reaching orgasm (25%)