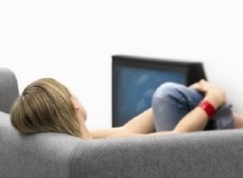 
An Indian woman divorced her husband because he wouldn't let her watch her favourite soap opera.

The ban reportedly led to daily arguments between husband and wife in the South Indian city of Pune and led to her filing for the divorce. A family court judge said the husband had been picking the arguments: "On the grounds that she was seeing Hindi serials on TV channels."

The divorce was granted in August but only came to attention when the husband appealed against the ruling, which granted custody of the couple's six-year-old daughter to the wife.

Lawyers for the husband argued the woman's claims of cruel treatment against her were false and were part of the normal "wear and tear" of married life.