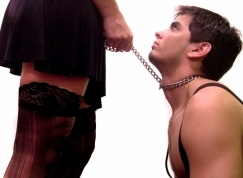 
18 Million British adults – one-third in fact – admitted to sustaining injuries or experiencing pain when engaged in a sexual act. Impressive? So it was for phonepiggybank.com that initiated the poll embracing 1,000 adults, writes Geniusbeauty.

Phonepiggybank.com spokesperson concluded: “Sex is a risky business these days. There are numerous hazards in and around the home which can inflict severe injuries if people aren’t careful.” Even bedroom conceals hidden dangers, as it turns out!

For most people injuries come down to a pulled muscle or two. Back injuries, a cricked neck and a grazed or bruised elbow or knee make up the list of the common after sex complaints. Carpet burns are in, too. Two per cent said their frolicking ended in broken bones!

Researchers report that 40 per cent hadn’t noticed that there was anything wrong with them until the following morning. Five per cent shared that sex-caused injuries were so heavy they had to take time off work the next day. How many of those told their boss the truth about how they got hurt remains undisclosed.

The most dangerous locations for having sex are indicated running from the sofa through the stairs – the car – the shower – to the bedroom (where, we assume, it was not the bed that was chosen for fun games but some other coy nook!) The spokesperson therefore advised to clean the chosen location of unnecessary objects that you can crash into before you get down to a heated act of love.