Our Most Annoying Habits...According to a GUY 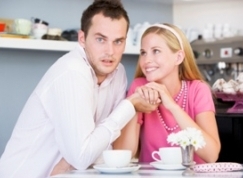 Here are some general examples that give you an idea of why it might irritate the man in your life.

Ladies, you can call it nesting or decorating, or whatever you want, but there’s a point where we just stop caring. At first, it’s exciting to be picking out fabrics and paint colours as a couple, but eventually you man will reach his limit. For me, it was when the number of extraneous throw pillows in our apartment reached critical mass, leaving few precious spots to sit or lie down without disturbing up the carefully managed furniture pillow ecosystem. The excitement wears off for most men when they realize that while they’re expected to be part of the home decorating decisions, they aren’t making any actual decision. Giving a man a choice between a red flower throw pillow and a green flower throw pillow isn’t much of a choice if we don’t want flowers all over the place. We’re just helping you narrow down the things that you like. It’s not that we don’t care. I think there just comes a point where we don’t care as much.

Of course, this is where problems typically arise. Men look at the home objects at their base level. Your partner looks at that same pillow in a completely different way. To me, it’s just a pillow. To my wife it’s the pillow that someone will gaze upon when first entering our home. It ties-in the colors in the matching armchair in the corner of the room to the rug by the coffee table. She sees it as a validation of her sense of style, while I see it as just a comfy place to rest my head while watching Sons of Anarchy.

Everyone makes snap judgments, sizes up the competition, or at some point, straight-up makes fun of someone else. It’s all part of being human. But there’s sometimes a certain way women do those things, regarding other women, that’s worth noting. You think her make-up is trashy. You don’t think she should be wearing open-toed shoes with that dress. You don’t think she should be with that guy. I don’t even think it’s mean spirited, though it certainly is sometimes. I think there’s a weird dynamic that gets handed down from mothers to daughters, a rivalry between sisters, or playground taunting that sets the tone for how women interact with each other throughout life.

Honestly, I don’t even know how to best explain it, which is why it can be annoying. Sometimes women will have a strong, startling reaction to another woman (often one of our female friends or co-workers) that seems to just come out of some scary, dark place. Believe me, guys do some of this, but nowhere on the same scale or with the same complexity that comes with having two X chromosomes. Please don’t pull us into this drama because we don’t know where the line is - or if we’re even allowed to join in and make comments about one of your strange gal pals. We run the risk of suddenly being in trouble for making fun of your friend, even though you did it first.

Have you ever been shopping at an airport gift shop and seen one the numerous displays for those special, “sound occluding” headphones? You’ve probably heard of them. Plug ‘em into your iPod, put them on, and through the magic of technology, the headphones detect surrounding noise, filtering it from your range of hearing. My ears do the same thing, but only with my wife’s voice.

It’s not that she even talks too much (she doesn’t), or that we have trouble communicating with each other (we don’t). It’s just “Girl Talk”. Women tend to express their feelings more openly than men, and sometimes - to many guys – it takes the form babbling, if that’s even the right word. Babbling about the day’s events, which we were there to witness, interesting articles, or some place she’s thinking about shopping this weekend for throw pillows. It’s the stuff that guys will start to mentally filter out unconsciously. I call it “half-listening”. Married guys, you know what I’m talking about. The problem with ‘half-listening’” is that it doesn’t catch the random important information that you’ll throw at us in the middle of talking about something else. You know, like mentioning who will pick up the kid from school tomorrow. That info is somehow mixed into the conversation about how you think we should take more reusable canvas bags to the grocery store. Guys – certainly not me- can overuse their half-listening skills, and eventually it’ll become ‘one quarter-listening’ and that’s bad news. I think my best advice to women would be this: If you think he’s not listening, he probably isn’t. If it’s something really important, try to gently bring it up again when he’s more engaged and also leave a big note on the refrigerator.

I could probably go on with this list, bringing out more ammunition for the never-ending ‘battle of the sexes’. However, at the end of the day all I want to do is point out a few examples for women that, if handled just a little differently, might have a more positive impact on your relationship. And I definitely know that it’s not a one sided affair. My wife is already rattling off her own list to me at this very moment.