How to Make Any Job Better 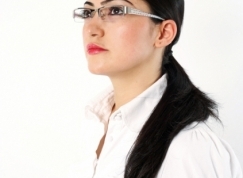 To write his book, Thrive: Finding Happiness the Blue Zones Way, Dan Buettner teamed with psychologists and scientists to seek out the world's happiest people. We asked him to apply the lessons he's learned to the search for workaday bliss-whether you've already found your dream job or you're still dreaming:

1. Get away from the grind: Studies show that leisure time can mitigate job-related stress, reduce the risk of depression, and improve self-esteem. No wonder, then, that Denmark, where employers are required to give five to six weeks of paid time off each year, is one of the happiest places on Earth. Contrast that with the United States, where the average American worker receives only about 16 paid vacation days each year-and more than a third of us don't even take them all. The first rule: Never leave vacation days on the table. Even if you don't have the money to splurge on an exotic trip, a "staycation" can provide a much-needed respite. Second: No matter how much time off your company provides, you can increase the pleasure you get from vacation days by dividing them among several shorter trips, as opposed to one big one. That's because the happiness bump we get from a vacation may come from the planning and anticipation, not the trip itself, according to a 2010 study from the Netherlands.

2. Don't miss happy hour: As tempting as it is to skip out at 5 o'clock on the dot, it pays to stick around to socialize with your coworkers. Why? The happiest people spend about seven hours a day socializing with family and friends, according to the Gallup-Healthways Happiness Stress Index, a massive nationwide daily survey of Americans. At work, that can mean going out for lunch or a cocktail, chatting around the watercooler, or even trading e-mails about a movie you saw last weekend.

3. Shorten your commute: Commuting is people's least favorite daily activity (even housecleaning ranked higher), according to a Princeton study. In fact, a study from the Scandinavian Journal of Economics found that workers who commute 22 minutes each way would need to earn an additional 35 percent of their monthly wage to be as satisfied with their life as those who don't commute. The best deal of all: Walk or bike to work. The negative stats about commuting apply largely to car-based commutes, plus you'll get your blood pumping and be more alert when you start your day.

4. Join the club: According to research by Robert D. Putnam, author of Bowling Alone: The Collapse and Revival of American Community, joining a group that meets even once a month can produce the same happiness gain as more than doubling your income. Consider Monterrey, Mexico, where the average family makes only about $16,000 a year, yet residents rank high on the happiness scale, in part because they spend several hours a week interacting with neighbors, extended family, and faith-based groups. Humans evolved to be social creatures: Cooperation enabled us to outcompete other species for resources, and as a result, we tend to be happier when we're interacting with other people. Becoming part of a group at work-whether it's a small contingent of working moms in your company, or a larger industry-wide organization-will not only enhance your interests and talents but also give you the opportunity to build happiness-boosting social connections with your peers.

5. Become a mentor: There's strong data showing that volunteering your time can bump up your happiness. One good way to start is to become a mentor at work. Helping someone else achieve their goals emphasizes your strengths and takes your focus off your own problems.

6. Think twice before applying for a promotion: It sounds counterintuitive, but when it comes to long-term happiness, increases in personal income fail to provide much of a boost once household income rises above the $50,000-a-year threshold, according to research from Princeton University. Higher-paying jobs tend to be more demanding, with longer hours and more stress-leaving you less time and energy to put toward the things that do buy happiness.