Every 10th Woman Fakes An Orgasm 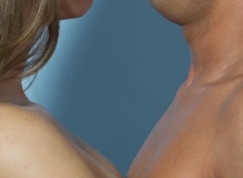 
The study that enveloped 3000 representatives of the fair sex in Great Britain revealed that women resort to pretension nearly every time they make love. That goes for 9 per cent of women for whom it seems to have become a habitual thing. The number of women who did it but occasionally dramatically rises to 48 per cent, writes Geniusbeauty.

More than two-thirds of these nine, driven by their constant dissatisfaction in bed, went so far as to discard their partners; ninety per cent of those withheld the real reason for the split.

The poll was commissioned by Stimul8, which gave out the following comment: “It appears guys in the UK have their work cut out if one in five women are saying they are extremely unhappy with their sex life.

“But it’s not all down to the blokes as women need to communicate a bit more with their partner to let them know what it is they really want.”

The joy of being single (3)