Can Sex Cause Amnesia? 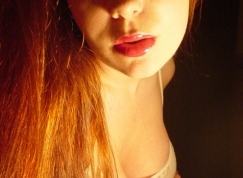 It's official - medical professionals think that you can suffer from temporary memory loss after great sex, writes Cleo.

A 59-year-old American woman, known only as Alice, reportedly experienced a sudden attack of amnesia after having sex with her husband.

Her husband became worried when she appeared confused about what date it was and was unable to name the current president.

Alice was rushed to the hospital and was initially suspected having suffered a stroke. But neurologists soon diagnosed her case as "transient global amnesia" (TGA) - a condition involving the sudden loss of memory caused by increased pressure in blood vessels in the brain. It's belived that TGA is triggered by strenuous activities including bowel movements or quite commonly, sex.

"One of the things people have done to look at transient global amnesia is to look at frequency of various precipitants and sex always comes out as one of the most common," said Dr Louis Caplan, professor of neurology at Harvard Medical School.

What's more, great sex is more likely to trigger the condition. "It usually is after climax that TGA develops," Dr Louis Caplan added.