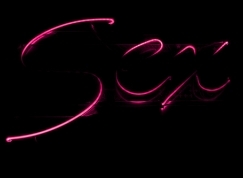 
A billion web searches can 't be wrong: men think overweight women are hot. They also like MILFS. And that's not all our late-night web research reveals. In what's being called the largest sex study since the age of Kinsey, authors of a new book 'A Billion Wicked Thoughts' crunched data from our web searches to find some surprising facts about how men and women get turned on.

Neuroscientists Ogi Ogas and Sai Gaddam tracked the web exploits of over 100 million men and women in search of the different ways our brains process arousal. Some findings are pretty obvious: men are easily aroused while women require a complicated process of stimulation. You don't need a doctorate in neuroscience to know that. But other results from over a billion web searches reveal some truths about our sexual desires that we may not openly admit, even to ourselves.

5. Men like to watch: 75 percent of visitors to adult video and photo sites are men. They're also the only ones willing to fork over cash for the peep shows.

7. Female turn-ons are ever-changing. Women tend to evolve in terms of arousal. Sexual desires and their triggers seem to change over time and even in accordance with monthly cycles.

8. Men still hot for teacher, Farrah Fawcett poster.  In terms of turn-ons, men are pretty much at a stand-still once they hit puberty. Even though they mature physically and emotionally, their sex triggers stay the same.