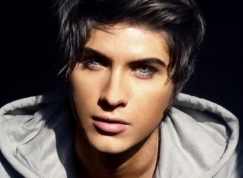 
It's tempting to assume men only want two things: steak and sex.

Entire days are devoted to perpetuating these kinds of cliches, yet they are humorous for men because we're amused that women assume this false notion is all we want. We're quite complicated creatures, and although probably not as baffling as any space alien from a Candace Bushnell column, men have secret wish lists of emotional needs that you may or may not be meeting.

Yet we are almost simplistic in our desires-so simple, in fact, that few women ever notice the fine line between our usual stoic persona and a deep funk brought on by a lack of reciprocated interest. Tom Miller from YourTango's TomFoolery rattled off one list of basic emotional pleasures: "A good night's sleep; a one-time-only get-out-of-trouble BS pass; an occasional never-again-mentioned bender; and one friend who we like but who you might consider a 'bad influence.'" But even more than that, we want some of the things you want; here are ten examples that you may find are close to your own emotional needs.

1. A moratorium on drama. We give you the occasional free pass to freak out about something that seems rather trivial upon next-day, post-caffeine retrospect. This does not mean a free pass to cause a scene in front of our friends or family.

3. Romance. Crazy, right? What guy would scoff at you for bringing him a present, a token of affection once in a while, or cooking him a steak and then instead of telling him what you're going to do to him later, you tell him that he's amazing and sweet. Hell, I'm getting a tear in my eye just writing that.

4. Truth. The reason many guys have control-freak issues is because they have a sixth sense about being lied to. (Another reason they have control freak issues is that they're control freaks; learn to spot these guys in advance and avoid like an Ebola outbreak.) Next time your man says, "Who were you with?" give him the excruciating play-by-play, who was there, what the latest gossip on Cindy's crazy ex-husband, which bars you went to, everything except the bathroom breaks. This way, not only does he feel completely assured, he'll never pester you again about what you did.

5. Silence. "Some of us aren't as loquacious as our lady friends might like," admits Tom. "Generally it has nothing to do with you and we're not up for talking about it. "

6. Dinner. One of the reasons you were thrilled to venture into a relationship with us is that we were completely willing to subvert the master-and-servant relationship paradigm. In other words, you don't have to cook for us every night. Nor do you have to pretend to like our bow-tie pasta with Ragu specialty-but a middle ground where you occasionally whip us up our favorite bolognese after an incredibly trying day is like the reverse of us taking you shoe shopping.

7. A sense of humor. Every guy in America has this phrase on his personals profile under the "What I'm looking for" category. Should you dismiss it because, well, you thought The Hangover is funny? No, because what "A sense of humor" really translates to is "Are you relaxed, in the moment, and bantering with me?" If the answer is "often not," we're going to think you're distracted and probably wondering how to extricate yourself from this tedious relationship.

8. A listener. We hear you when you say that men don't open up unless their compadres Jack Daniel's and Jim Beam help them out. When you sense we have just received some upsetting news (which could be everything from a humiliating day at work to Lebron James signing with the Cavs), make it clear you'll listen, but then drop it immediately. We'll come to you with the answers when we're ready to deal with bringing it all up again, which may be never if it turned out to be no biggie.

9. Matrimony. It may not necessarily be the matrimony of your girlhood dreams, but we do want to form a more perfect union with you-permanently. We may be hesitating because we worry that we're making the right choice, that we are meant to be together forever, rather than just proposing to you because we've been together for a couple of years. Maybe we need more time to settle in, but it's not because we are still thinking about other women. We care about you, and that's why we're carefully weighing this decision.

10. An end to game-playing. This is a sort of bookend to the moratorium on drama. Everything thinks it's cute to toy with the boys when you're starting out, calling them back days later and seeming disinterested. In the end, this only has two possible outcomes-we will be put off by your lack of interest and go with a stronger choice or we will pursue you for so long you'll assume we're in a relationship, except we're still figuring out whether all that bird-dogging was worth catching the chick.

10 relationships every woman should have (5)