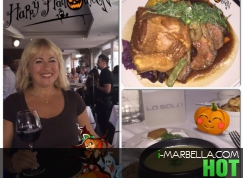 Join La Sala Puerto Banus every Sunday for a traditional roast with all-day live music, as well as surprises for your little ones.

An ideal place to have a party after a fantastic Halloween week!