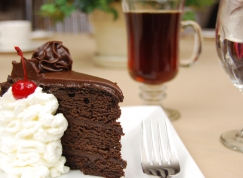 The chain, part of Poundland, opened its fourth store in Spain last week and sells a range of discount branded goods.

The British supermarket chain Poundland has expanded its presence with the opening of its fourth shop in Spain last Thursday in Malaga. Operating under the name of Dealz, the store sells well-known brands at a single fixed price of 1.50 euro and 45 jobs have been created.

The new supermarket is located in the west of the city on Avenida de Velázquez, 64 and is open from 9.00am to midnight, seven days a week. The chain already has branches in Torremolinos, Alicante and Madrid. There are also plans to open a total of ten nationwide by next summer.

Dealz has a pioneering discount policy in Spain in that it has a large range of household names at the price of 1.50 euros. While the prices aim to compete with popular ''bazaars', many of the brands sold in Dealz are harder to come by in other local shops. The top names include: Fairy, Cadbury, Kelloggs, Colgate, and Johnson & Johnson.

The Malaga branch was officially opened last Friday by mayor of Malaga Francisco de la Torre. The director genereal of Dealz in Spain said: "Taking into account the socio-economic situation that we are going through, we are the answer."

Poundland is the largest single price retailer in Europe and was founded in the UK in 1990. It now has over 500 shops in Britain and Ireland.