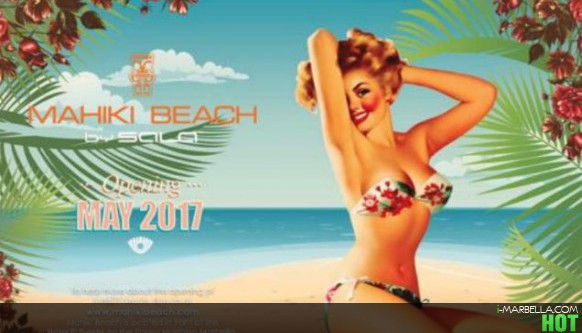 Sala Group has recently been appointed the licensee for the number one celebrity destination in London - Mahiki.

The beautiful Polynesian and tiki themed venue that first opened on Dover Street in 2005 quickly became well known for its celebrity clientele. Since then it has grown to become one of the world’s most famous night spots as well as an institution, with an array of fabulous awards behind it.

Mahiki has attracted media attention as a favourite haunt of royals including Princes William and Harry as well as Kate Middleton and celebrities such as Rihanna, Lady Gaga, Kelly Rowland, Paris Hilton, Kate Moss, Beyonce, Jay-Z, Kim Kardashian and other A list
celebrities. It is often referred to in the press as London's most popular venue.

In December 2011, Mahiki Dubai opened its doors in the world famous sprawling beachfront Jumeirah Jay-Z & Beyonce Beach Hotel and now this Spring 2017, Sala Group is proud to open the first Mahiki venue in Spain in a stunning beachfront location in Marbella.

The menu will feature a mixture of original Spanish cuisine, expected to be found in a quality Spanish Chiringuito, along with some La Sala’s Signature dishes and the tropical grill menu of Mahiki. ''We're so excited for being chosen as the creators of the first Mahiki Beach in Spain. Our aim for Mahiki Marbella, is for this beach restaurant and lounge to be all about fun atmosphere and creative details that go into every drink, dance and dish that they will serve,'' announced Sala Group's Chairman Ian Radford.

social and dining experience on the Costa Del Sol. Described worldwide as the “the most sought after table in town”, reservations are at a premium because of excellence of products and sensible prices. Over the last three years, the La Sala brand has
expanded rapidly with the creation of four great new venues. The stunning aquatic themed Aqwa Mist nightclub in Puerto Banús, La Sala restaurant in Essex, La
Sala Gibraltar and more recently OAK Garden & Grill in Marbella.