Novak Djokovic Loyal to Marbella, working with Angeles Munoz to get it as Center for Elite National & International Sports @Puente Romano 2020
Restaurant 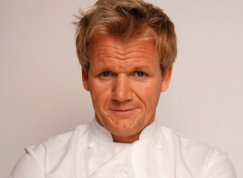 
Gordon Ramsay is heading back to southern Spain to help out struggling expat restaurant owners put good food back on their menus.

The TV chef will be filming a new series in May and June, and heading to some of Europe’s most popular tourist destinations along the Costa del Sol. Ramsay, who has a number of restaurants across the UK, has been in numerous TV shows on both sides of the pond, and has become known for his no nonsense approach and foul-mouthed rants.

It’ll be the Kitchen Nightmares star’s second visit to Spain, after filming an episode at Nerja’s La Parra de Burriana back in 2007. Owned by ex pat Laurence Davy, an ex nightclub manager, he wanted to offer brits abroad something a bit different.

Ramsay helped Davy, who was in debt to the tune of 100,000 euros, turn the struggling business around, but on a return visit in 2012, Ramsay found the restaurant closed.

The show’s producers are looking for restaurants, hotels and B&B’s to take part, so if you are interested, get in touch via restaurants@optomen.com or on 0044 203 227 5867.

Gordon Ramsey brought his nightmare to the Costa del Sol