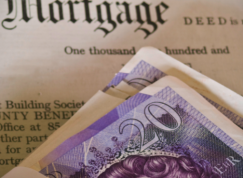 
Euribor (12 months), the interest rate normally used to calculate mortgage repayments in Spain, has now risen for 5 consecutive months to its highest level in more than a year.

This is the first time that Euribor has risen on an annualised basis since October 2008, when the credit crunch first griped the markets. Interest rates then tumbled as central banks poured money into the banking system. Rates are now starting to rise as investors fret about a fiscal deficits and inflation.

New residential mortgage lending fell 10.8% in June compared to the same month last year, according to the National Institute of Statistics (INE). This is the second month in a row that new mortgage lending has fallen. New mortgage lending is a key indicator of spirits in the housing market. 2 months of declines is not a good sign.

There were 55,143 new mortgages signed in June, just a fraction down on May, so at least on a monthly basis the news was better. Accumulated over the first half of the year, lending was down just 0.5% compared to last year. The average loan value for property in Spain in June was 119,547 Euros, up 1.4% on last year, and 4% higher than May, suggesting that banks are being more selective about who they lend to, but then lending more to those they do.

Overall new residential mortgage lending was 6.6 billion Euros, down 9.6% on last year. The average interest rate was up a fraction on May at 3.93%, and down 12.1% compared to June last year.