More houses to come onto the market? 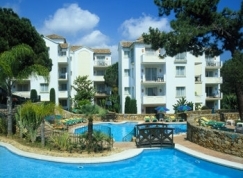 Spanish banks will have to put a “huge quantity” of repossessed homes on the market over the next few months, said Juan Iranzo, Managing Director of the Institute of Economic Studies (IEE), during the presentation of a new book on the Spanish economy and housing market, sponsored by the savings bank Bancaja.

According to Iranzo, banks are sitting on 100,000 of Spain’s 700,000 unsold new homes, which they will now have to put on  the market. New rules from the Bank of Spain will force banks to increase their provisions on unsold properties and Iranzo also expects the banks to drop their prices in search of sales. Iranzo warned that prices still have room to fall, and that interest rates will go up towards the end of the year, putting further pressure on prices.

Iranzo also said that he "never again" expected demand to return to the boom levels of 700,000 homes a year. instead expecting demand to stabilise around 450,000 homes per year in 2012.

Worth consodering, however, was that Iranzo is talking about the market for primary housing in and around Spanish cities, not holiday homes on the coast, where some experts expect the quality holiday home market to recover much quicker, so it's not all doom and gloom!