Property sales figures to foreigners give ray of hope 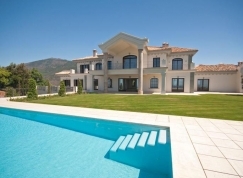 
Property sales figures to foreigners in 2012 have increased hopes for the Costa del Sol this year.

With more than 3,200 local properties sold locally to foreigners last year - a 12 per cent rise - hopes are that sales will not only remain buoyant, but might increase with more Europeans buying second homes to provide a much-needed fillip. However, industry sources confirm that things still do not look good for attracting Spanish buyers.

The President of the Constructors and Promoters Association, Jose Prado, revealed that although the British topped the list of buyers last year with 40 per cent of the purchases in total, Scandinavians and Russians also very much figured among sunshine home seekers.

However, the Germans are now in fourth place, and according to Prado are looking more at the Algarve. He blames this on political corruption leading to a loss of confidence in the Costa del Sol by German investors. However, Prado is confident that the ‘Living Costa del Sol’ campaign launched by the Tourism Board will attract buyers. At the FITUR International Tourism Fair in Madrid, Prado also revealed that a committee will be created with the Chamber of Commerce to further boost the sector.