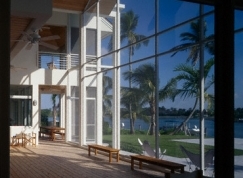 
Prices of repossessed homes sold by banks in Spain have fallen 65% this year, according to a report by ratings agency Fitch.

The drop represents the sharpest decline in prices since the financial crisis began and suggests prices have fallen more than twice as much as government figures show. The decline is relative to the property’s value when the initial loan was granted, with the average price of repossessed homes having fallen 50% since 2007.

“Fitch believes that the factors weighing on the Spanish residential property market will continue to deteriorate,” the report states. “The gap between original valuation and the sale price is a reflection of a distressed mortgage market, characterised by high borrower indebtedness, constrained affordability and falling property prices.”

More than a million new homes remain unsold in Spain, while Spanish banks have seized more than 200,000 residential properties, leaving the market saturated. On top of this is the increased difficulty buyers are facing when trying to obtain a mortgage. According to the Ministry of Public Works, Spanish house prices have fallen 25.5% since the 2008 peak.