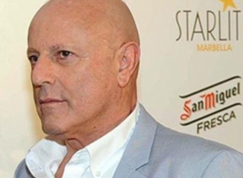 The owner of La Cañada,Tomás Olivo, acquires land where they plan to build a hospital and a university. The land forms part of Guadaiza Plan, an autonomous reserve that forces the buyer develop equipment and also includes commercial use of the land.

Tomás Olivo has just acquired under half a thousand square meters of land in the Guadaiza Plan area, which is an investment of 30 million euros. Olivo says his intention is to build a university and a hospital, which has opened negotiations with leading companies in the field of education and private healthcare. The area also has reserves for commercial development, the owner of La Canada intends to build also a residential building.

The land that he bought is the strip of the right bank of the Guadaiza river practically since the AP-7 motorway until the entry of the San Pedro tunnel and it is considered to be one of the most privileged enclaves not only in Marbella but in the whole of the Costa del Sol, for being a flat strategically connected land.