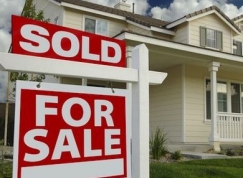 The number of transactions rose by 22% last year, when 7,697 properties changed hands.

The Scandinavian Market led the increase followed by the French and Americans, and it was the Russians who invested the most money. The numbers come from the Notary General Council which registers house sales in Spain.

With this increase, foreigners now purchase 46% of all the property sales in the province.

The notary also notes the size of the property purchased by foreigners which reaches an average of 196 square metres, but which varies according to different nationalities. The Danes lead the way with an average size of 307 square metres, while the Argentinean average is the lowest at 119 square metres.

There are also differences in price according to nationality.

Car sales up in July in Malaga Province

The Big Sales Have Begun!