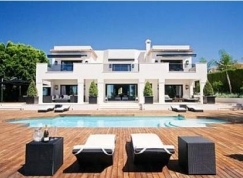 
Foreign buyers have boosted the Malaga province property market in 2012.

The worst year yet for Andalucia’s property sector was 2011 and the outlook for 2013 is unpromising. But 2012 brought temporary respite with increased sales.  Less than market optimism, this was due to buyers taking advantage of soon-to-be extinguished tax breaks and avoiding 2013’s IVA value added tax increase.

Sales during the first nine months of 2012 grew by 3.5 per cent, with 12,962 properties changing hands.  Despite the comparative buoyancy, this figure is light years away from 2007’s, when more than 40,000 were sold, commented Monasterio.

Lower house prices are helping the property market, she pointed out, particularly those in the hands of banks which can offer better access to loans. The majority of properties, principally on the coast where prices dipped by more than 50 per cent, are being acquired by foreign buyers.  Many are now buying second homes which in the past would have been well beyond their price range, Monasterio said.

The predominance of non-Spanish purchasers was confirmed by Jose Antonio Perez, a director of the IPE business institute. Most properties in the province are going to UK buyers, followed by Germany, France, Scandinavia, China and Russia.  Although the volume of sales to Russians is still small, they are growing steadily compared to the past when there were practically no transactions, Perez said.

LM 08-01-2013 14:31 To property : It is basicaly everywhere,at least in EU, some purchases will not rise economy , true and it will not get any better till working places ie production companies come back.To have a home in Marbella is oh so enjoyable indeed, worth of investment.
0

Ralf Michael 08-01-2013 13:19 There's some excellent buying opportunities in Spanish real estate, but buying a home in Marbella can still make a good investment in terms of appreciation!
0