Foreigners back buying property in Spain 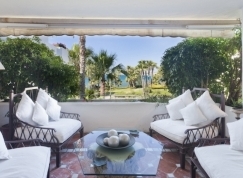 
The first six months of this year has seen a marked recovery in sales to foreigners.

The amount of property in Spain being purchased by foreign buyers has increased to reach the levels seen in 2008. Sales in the first half of this year were 32.8% up on last year at the same time at 2.445 billion €. It follows growth of just 2.6% across all of 2010.

The Bank of Spain, which has released the numbers, has said that the amount invested in property by foreign buyers were over 1 billion between April and June for the second consecutive quarter.

Meanwhile the tour of some foreign capital to promote Spanish property sales continues this week in Sweden, and returns to London in the middle of October. More than 50% of the property available is on the Spanish costa.