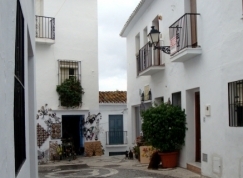 
Hundreds of foreign residents could lose their homes after mortgage scam in Spain.

Foreign banks advised them to purchase their home with a mortgage and invest the rest of the money in financial havens in order to avoid the Spanish tax man.

A group of some twenty foreign residents of the Costa del Sol have denounced a fraud under which they could lose their homes. They have formed a platform to denounce a mortgage fraud which had the objective of getting large amounts of money which was then invested in financial havens such as Luxembourg or the Channel Islands. There were foreign victims, mostly all retired, along the entire Spanish coastline and on the islands, from the Costa del Sol to the Costa Blanca, Baleares and Canaries.

The scam was headed by foreign banks and foreign financial advisors, nearly all from Denmark, who had been working for some years in Spain, many without the correct authorisation of the National Commission for Market Values. They told the foreigners purchasing property that they had to get a mortgage as otherwise they would be hit with high Spanish taxes.

The sales patter for these inverted mortgages claimed that residents’ homes were in danger from the Spanish taxman, claiming Spain would claim between 70 or 80% in succession tax. In effect the scheme invited the foreigners to defraud the Spanish Hacienda tax authorities.

The lawyer representing those affected in Málaga, Antonio Flores, from Lawbird in Marbella, said the victims signed up for ‘predatory mortgages’ which offered the possibility of mortgaging their homes for nearly five years at a value above the level of the official appraisal and investing the money outside Spain, mostly in Luxembourg, in order to obtain a profit which covered their costs and gave them an extra payment.  Some 800 contracts for the scheme were taken out between 2004 and 2009, and now the foreigners’ platform on the Costa del Sol is appealing to the National Court that those contracts be declared null and void. The total fraud is estimated at 250 million €.

The clients’ money went on the purchase of currency or bank bonds in operations which soon lost money, leaving many of them now facing the possibility of losing their homes.

Michael Jackson's Home Up For Sale

A Peek Into Luxury Villas on the Market in Marbella