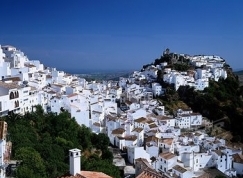 Of the 65,000 holiday homes rented every year in Malaga Province more than 75 per cent are not declared for tax purposes. This is costing the state €104.8m in unpaid taxes, official estimates reveal.

The Spanish tax office has launched a campaign to uncover this undeclared income and since March, the main electric companies are providing them with proof of electric consumption during the months when the apartments are supposedly empty.

Uncovering undeclared incomes from rent is one of the main objectives of the government’s 2011 Anti-fraud plan.

On the Costa del Sol, there are approximately 35,000 places available in officially registered premises, according to the National Institute of Statistics. Costa del Sol hoteliers estimate that in 90 per cent of holiday home rentals – dubbed ‘pirate apartments’ – are carried out without a proper contract being issued.

A local real estate agent, who asked not to be named, agreed many do not declare or register these properties correctly, but added: “Although there is no excuse for people not declaring holiday home income, it can be very difficult for foreigners to find out when, where and how one is supposed to go about things. There is so much red tape involved it often hard to know where to go for proper advice.”