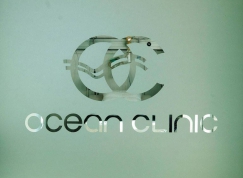 Breast augmentation (enlargement) is the number one requested treatment here at Ocean Clinic Marbella. But despite its popularity, there is much misinformation surrounding this procedure.

Our clients often come to us with the same questions and misconceptions, so we have compiled a list of the top five myths. If you are considering breast implants, we hope this article will better equip you with all the facts and help you make an informed decision.

If your question is still unanswered, get in touch, and we will be very happy to answer your query.

No. 1 Myth: You can't breastfeed after a boob job

This is a major concern for women who hope to start a family, but breastfeeding with implants is both possible and safe. However, it is important to inform your surgeon of your desire to breastfeed so that he or she can carry out the surgery in the least invasive way, with minimal nerve damage.

The best way to do this is by making an incision under the breast or in the armpit, as opposed to around the areola. Any incision around the nipple may reduce sensitivity and, as a result, reduce milk production capability.

Placement of the implant is also important; an implant positioned directly under the glandular tissue is more likely to structurally impede milk flow. Instead, the implant should be positioned under the chest muscle away from the gland.

If proper care is taken, a patient should have just as much chance of establishing successful breastfeeding as they would have had they not undergone surgery. However, if you are pregnant or currently trying for a baby it is advisable that you wait before having breast implants. It takes from 6 to 18 months for nipple sensation to fully return to its original sensitivity.

No 2. Myth: Having breast implants increases your risk of getting cancer

There have been a number of comprehensive studies into the carcinogenicity of silicone and saline breast implants but no evidence that they cause cancer has been found.

Globally, more than 1.5 million breast enlargement surgeries have been carried out over the last 50 years and the incidence of breast cancer has proven to be no higher than found in the general population.

These days it is possible to achieve incredibly natural looking breast augmentation. There are a number of different ways to influence the way the breasts look, from the shape and size of the implant to its placement either under or on top of the muscle.

Subpectoral implants (under the muscle) produce the most natural looking results. This method requires only a tiny incision (about three centimetres) in the crease under the breast, resulting in very little scarring.

To achieve the most natural looking breast augmentation possible we also recommend fat grafting. This involves taking fat from one part of the body and transplanting it to the breasts in order to sculpt their appearance. Fat can be harvested via a very minor procedure of micro lipo extraction and the results are long lasting.

No. 4 Myth: A breast enlargement will fix droopy boobs

If you have sagging breasts, implants alone probably won't fix your problem. Here's why:
An implant placed over the chest muscle will give your breasts a fuller appearance but they will still be somewhat pendulous, with a low nipple/areola position.

On the other hand, an implant placed under the muscle won't fill out the empty breast sack, which will hang several inches below it.

To achieve the desired appearance it is usually necessary to combine the augmentation with a breast lift, where the skin on the breast is lifted and tightened.

No. 5 Myth: Having breast surgery is very painful

Pain after breast augmentation is influenced by several things including the patient's natural pain tolerance, the placement of the implant (above or below the muscle), the size of the implant, and the skill of the surgeon.

When using properly sized implants (implants that are not excessively large) experienced surgeons are able to deliver a subpectoral breast augmentation with minimal soft tissue trauma.

When the procedure has been carried out skilfully, pain is minimal and can be controlled by ibuprofen alone. Pain is at its most acute for the first 24 to 36 hours, but patients can expect to resume near full normal activities in two days or so.