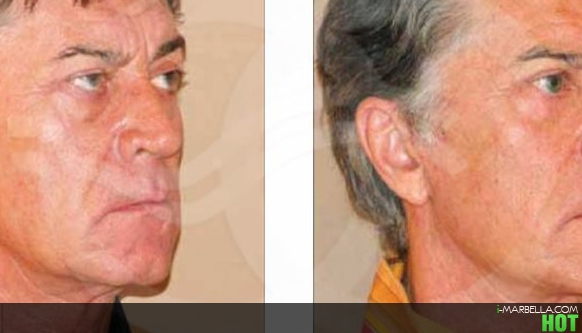 It's not only women who want to look good and fight the signs of ageing. Men are increasingly starting to take better care of their appearance, and why shouldn't they? We all deserve to feel good about ourselves.

According to a report by the American Society for Aesthetic Plastic Surgery, the number of procedures performed on men has increased by a massive 273% since 1997.

One of the most popular countries for male cosmetic surgery is Brazil, where one male goes under the knife every two minutes.

Here at Ocean Clinic Marbella, our clientele remains mostly female, but we too are noticing growing numbers of male patients. The taboo around cosmetic surgery for men is definitely on the wane, with more males viewing aesthetic treatments as a complementary part of their personal care routine, like working out at the gym or eating healthily.

Even relatively athletic men can suffer from stubborn pockets of fat. These often appear on the tummy and at the sides of the waist (love handles) and don't respond to diet or exercise. Our patients tell us this is incredibly frustrating for them and are often self-conscious about being seen in swimwear.

Here in Marbella, we spend a lot of time on the beach, so this is a concern we hear frequently. However, liposuction is a highly effective way to eliminate these undesirable fat deposits – and ensure they don't come back.

The best candidates for this treatment are men with an otherwise healthy lifestyle and body weight. It should not be treated as a weight loss method, but rather as a way to sculpt and tone, revealing your muscle structure underneath.

For patients who wish to lose larger amounts of weight, we also offer gastric balloon treatment – a safe, temporary aid to weight loss. Read more about it here.

Liposuction is also an integral part of gynecomastia correction surgery, which is performed to reduce the size of enlarged, female-looking breasts in men.

This condition can appear at any age and can be caused by hormonal problems or develop if a man is overweight. It is a highly emotionally sensitive issue for men and correcting this problem can be transformative for them.

Gynecomastia is more common than you might think – the American Society of Plastic Surgeons (ASPS) states that 26,175 men underwent gynecomastia correction surgery in 2014.

Gynecomastia reduction surgery involves cutting out excess glandular tissue and then using liposuction to improve the contour of the chest. This surgery can offer male patients a significant improvement in their quality of life, enabling them to confidently take part in sports, go swimming and be intimate with partners.

Blepharoplasty, also known as eyelid surgery, can remove sagging skin and pouchy pockets of fat from around the eye, which often develop in men as they age.

Patients requesting this procedure tell us that people often think they're tired, when actually they are sleeping well and feel just fine. Drooping eyelids can also make a man seem older than he really is – and in severe cases it can event interfere with vision.

The procedure to correct the problem is relatively quick and straightforward, with scars hidden in the fold of the upper eyelid or directly under the lashes on the lower eyelid.

Removing eye bags and drooping eyelids can make you appear years younger, more rested and healthier. According to the ASPS, blepharoplasty grew in popularity by 34% amongst men between 2010 and 2015. Read more about eye bag surgery here.

The facelift is one of the most frequently requested treatments for women here at Ocean Clinic, but it is also growing in popularity with men, especially lower facelifts, which lift the jowls and neck.

A strong jawline is a key male defining characteristic, however as men age it can become less defined as skin starts to sag and fatty deposits build up under the chin.

A MACS (Minimal Access Cranial Suspension) facelift can elevate the skin of the jawline and, together with neck surgery to remove excess neck skin and fatty tissue, can restore a smooth jawline contour.

The results are very natural looking with near invisible scars placed in the sideburns and behind the back of the ear, which our male patients tell us is important as they do not want it to be obvious they have had surgery. Watch a 3D simulation a face and neck lift here.

Botox has exploded in popularity over the last few years, with both women and men. In 2014, more than 410,000 US men had the treatment, according to the ASPS.

Men are often not as self conscious about wrinkling as women, but deep frown lines and squint lines can make them appear older than they are. This can be a particular concern for men in business trying to project a youthful and dynamic image.

Instead of a completely wrinkle-free look, Botox injections can be used to tighten and lift so men will look more vital, stronger and feel more confident.

Botox has few risks and is considered a minimally invasive treatment. The effects last between four to six months, however over time wrinkles will appear less severe as the muscles are trained to relax, increasing the periods between treatments.