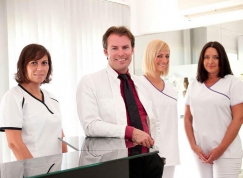 Laser, ultrasound, infrasonic, water jet… there is a bamboozling variety of liposuction products on the market.

If you're considering this treatment and have seen different clinics offering different types of liposuction, you may well be rather confused about which to choose.
To help you make an informed decision, we've detailed below how the different lipo techniques are carried out, as well as the benefits or drawbacks of each method. The techniques have multiple marketing names, which we also detail.
A Short History of Liposuction

Although the roots of liposuction (also called liposculpture) can be traced back as far as the 1920s, the procedure did not gain popularity until the early 80s. A French surgeon named Dr. Yves-Gerard Illouz presented the 'Illouz Method', which used thin cannulas to inject fluid into tissue to break up the fat deposits. Fat cells were then removed using a suction device. This became known assuction assisted lipectomy (SAL).

Following this, another surgeon called Pierre Fournier, introduced the use of lidocaine in the injectable fluid to act as a local anesthetic. In the 1980s, American physicians started to experiment with the technique – known as thetumescent technique – and developed various sedation methods that eliminated the need for general anesthesia, although full intravenous sedation is still used in some cases.

Towards the end of the 1990s, doctors introduced the use of ultrasound and lasers for liquefying fat, making it easier to remove, known as ultrasound assisted liposuction (UAL) or laser-assisted liposuction (LAL). Fat is still removed via suction but, with this technique, the surgeon does not need to exert as much force and energy in order to move the cannulas through the tissue.

In the past decade, a proliferation of different liposuction machines have come to market, which has contributed to the many different names for the procedure today.

The laser technology used in LAL produces a burst of energy as it enters the fatty tissue that liquefies the fat. Similar to other techniques of liposuction, laser-assisted liposuction requires the use of tumescent solution prior to lipolysis, and standard liposuction to aspirate the liquefied fat.

The laser energy is delivered by a thin laser fiber that is inserted through small incisions in the skin. In addition to breaking up fat cells, the laser energy also heats other tissues. If every aspect of the tissue is not treated with the same amount of power from the laser, dimpling, or even burns, may result, so the procedure must be performed by a skilled surgeon.

Once the fat has liquefied and mixed with the tumescent fluid, a small cannula is used to remove the liquid. Some of the local anesthetic remains in the tissue and that helps to reduce post-procedural pain.

Rather than using lasers or ultrasound to break up fat, NIL relies on the motion of the cannula itself. Powered by air pressure, it moves in three dimensions in a whirling movement, vibrating and rotating (known as 'nutational'), whilst also delivering an infusion of anaesthesia in a tumescent fluid.

It is claimed that nutation provides faster infiltration of the tumescent solution – 25% faster than other liposuction technology, shortening the length of the procedure for both practitioner and patient.

The technology used is 3D acoustic energy which is emitted as a low, infrasonic frequency (10Hz), said to be safer than ultrasonic waves as this means that the cannula remains cool during the procedure so poses less risk to surrounding tissue.

One brand name trademarked for the technique in the US is 'Tickle Lipo', so-called because the vibration can cause a tickling sensation for the patient.

PAL systems use power supplied by an electric motor or compressed air to produce either a rapid in-and-out movement or a spinning rotation of an attached liposuction cannula.
Advocates of PAL assert that it makes liposuction easier for the surgeon, enabling more precise movements in tough areas such as above-the-rib abdominal fat.
Radio-Frequency Assisted Liposuction (RFAL): Bodytite

This works using radio frequency energy, which is transmitted through an electrode in the cannula. The radio frequency waves are guided upwards through the fat, turning it into liquid which the cannula immediately suctions from the body. This means that treatment time is reduced.

The radio frequency assisted liposuction also works by stimulating the production of collagen beneath the skin. This is said to tighten the skin making the treatment area appear not only slimmer but also more toned.

Water jet assisted liposuction uses a slightly pressurised stream of saline to dislodge fat. Once the local anesthesia in the tumescent fluid has taken hold, a cannula is introduced into the tissue to irrigate and then simultaneously suction the loosened fat cell from the body. Finally, any remaining fluid is removed.

The procedure is considered gentle and minimally invasive and there is usually very little bruising or swelling.

Our surgeons are experienced in all types of liposculpture and are able to advise on which is best for you. However, the clinic believes particularly excellent results can be achieved using the Nutational Infrasonic Liposculpture 'Tickle Lipo' technique. To watch a video about this method click here.

It is important to note that the skill of the surgeon is more important than the type of technology used. All of the above methods may achieve great results in the right hands.