7 Uses For Botox You Never Knew 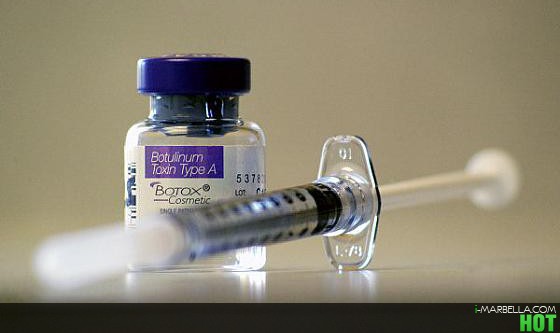 It’s not only wrinkles and lines that can be treated with Botox injections. New therapeutic uses for Botulinum toxin are being discovered, enabling plastic surgeons to help patients with a range of non-cosmetic issues.

Scientific studies have found good evidence to support the use of Botox (also known under the brand names Vistabel, Azzalure and Bocouture) as a treatment for conditions such as neuropathic pain, facial tics, excessive sweating, and hand tremors.

Facial spasms or tics (facial dystonias) can be effectively treated with Botox injections, studies have indicated.

In fact, such is its efficacy; Botox has become the principal treatment for benign essential blepharospasm, the medical term for abnormal blinking or spasms of the eyelids.

Other dystonias it can be used to treat include hemifacial spasms (spams on one side of the face), orbicularis myokymia (uncontrollable quivering of muscles around the eye), and Meige syndrome (involuntary contractions of the muscles of the jaw and tongue).

It's also useful for patients suffering from apraxia of lid opening, which is the inability to initiate voluntary eyelid opening following a period of eyelid closure.

Treatment for these conditions involves injections into the face every three to six months.

Patients recovering from facial paralysis may experience abnormal healing of the nerve fibres (a condition known as aberrant regeneration).

This miswiring of the nerves can in turn lead to involuntary muscular movements. When this occurs between the eye and the lower facial muscles it can result in associated ocular problems such as keratitis (inflammation of the cornea) and corneal exposure.

One randomised controlled trial tested the injection of Botox at four injection sites in the orbicularis oculi (upper eye muscle) and resulted in significant improvements.

The beneficial effect of Botox on migraines was discovered by accident while being used for cosmetic use.

It is especially useful for people suffering from chronic migraines (more than 15 a month). Two large studies have been carried out, which showed that Botox was significantly superior to placebo in reducing headache days and improved overall quality-of-life.

The studies also demonstrated that Botox was safe and well tolerated, leading to the subsequent approval by the U.S. Food and Drug Administration in 2010 for this use.

The treatment for chronic migraines involves the injection of small amounts of Botox in 31 sites in the head and neck, repeated every 12 weeks. The injections target the sensory nerves rather than the muscles.

Many people associate shaky hands with Parkinson's disease, but the most common cause of shaking hands is actually essential tremor.

Essential tremor is the most common neurologic disorder affecting adults and, unlike Parkinson's, results in shaking when a sufferer tries to use a muscle rather than when the muscle is at rest.

Two double-blind studies have compared the injection of Botox to placebo into the arms of 158 patients with moderate to severe essential hand tremor with significant improvements observed.

Hyperhidrosis, or excessive sweating, is a condition that commonly affects the underarms, palms, and face. Botox injections have been found to successfully prevent excessive sweating in all instances for a period of up to six months.

It works by temporarily blocking signals from the nervous system to the sweat glands.

The treatment requires injecting a series of small volumes of Botox directly into the skin covering the anatomical area. Improvement is normally noticed within three weeks.

Neuropathic pain can be very difficult to treat, often responding poorly to standard pain treatments. However, local injections of Botox into the affected site, which inhibit nerve signals, can bring pain relief for up to 14 weeks.

A total of 11 clinical trials have demonstrated that Botox is both safe and effective in reducing spasms, although there is not enough evidence to show it improves function of the limb.

Studies also suggest that Botox injections could be used as an alternative to surgery and splinting in the upper limbs of children with cerebral palsy.

Dr. Aranda has a degree in Medicine and Surgery and has specialised in Boxtox since 1998, with experience in variety of applications.

Ocean Clinic Marbella is one of the most modern clinics on the Costa del Sol, offering a complete range of surgical and non-surgical cosmetic treatments and dentistry.

The clinic was founded in 2008 by Dr. Kai Kaye, who is a registered Plastic Surgery Consultant in Germany, Spain, and the UK. Dr. Kaye regularly lectures at national and international conventions and teaches at Plastic Surgery Resident courses. Dr. Kaye and his team also carry out charitable work, providing reconstructive surgery and dental work to patients in developing countries.