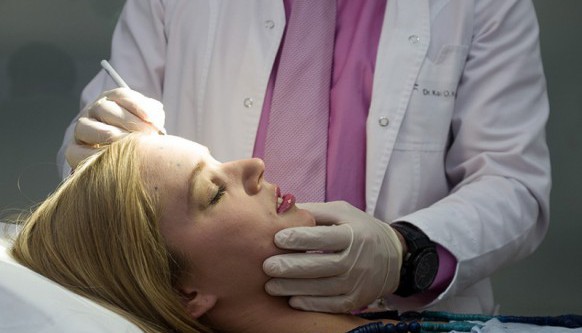 Despite being the most popular cosmetic procedure, performed 6.7 million times in the US during 2014, Botox is still surrounded by misconceptions.

If you're considering getting Botox injections in Marbella and want to separate the fact from the fiction, read Ocean Clinic's Top 6 Myths about the treatment below…

1) It's Obvious You've Had It Done

This is the biggest myth of them all. People often think Botox will give them a ‘frozen’ face and that they will be unable to show any expressions, but in the hands of a skilled practitioner, a very natural result is achievable.

Administered sensitively, patients should still be able to display the entire range of facial expressions including frowning, smiling, and appearing surprised. Of course, the extent of the treatment is up to you, but a responsible practitioner should always advise if you are ‘going too far’ and are at risk of creating an unnatural appearance.

2) Botox Can Be Used to Create Big Pouty Lips

Botox is often confused with lip fillers, but they are two quite different products. Botox is used to reduce the appearance of deep wrinkles by weakening the underlying muscle, whereas fillers are used ‘fill out’ wrinkles and add volume to the face and lips.

Some practitioners do offer Botox for the treatment of smokers' lines, but this is unapproved ‘off-label’ use and comes with a number of possible risks.

3) Anyone can Administer Botox Injections

In some countries, such as the UK, anyone is allowed to administer Botox injections, but here in Spain, the regulations are much stricter. Only qualified doctors registered with the Ministry of Health may provide Botox injections.

According to Spanish law, not even nurses or dentists are allowed to give cosmetic injections. In addition, doctors offering Botox to their patients must undergo specialist training and gain specific qualifications. The clinic where the treatments are given must also be licensed.

4) Botox is for People Aged 40+ with Significant Wrinkling

This is a surprising one – you don't actually have to have bad wrinkles to benefit from Botox. Increasingly Botox is being used by younger people as a preventative measure.

Injected into the muscles of the forehead and around the eyes, it can prevent the formation of wrinkles caused by undesirable facial expressions, such as scowling and squinting.

By starting preventative treatment in their twenties, patients can actually become accustomed to not pulling the facial expressions that contribute to wrinkling, meaning they may not need to continue long-term.

5) Botox can Go Wrong and Ruin Your Looks

Botox is a temporary treatment lasting around four to six months. If you are unhappy with your appearance after having Botox injections, you can rest assured that it will return to how it looked before.

The satisfaction rate with facial injectables is high (93% of patients report to being happy with the outcome of their treatment according to a recent survey by the American Society for Dermatologic Surgery).

Administered by an experienced practitioner, Botox is an extremely safe and well-tolerated treatment. Another recent study, which looked at 20,399 facial cosmetic procedures performed in the US, found Botox caused side effects in just 1 in 3,333 cases.

However, this study only looked at Botox treatments administered by qualified practitioners. In the wrong hands, short-term side effects can include unwanted weakness of nearby musculature leading to drooping or asymmetry of the face, which is why it is vital to have Botox injections administered by an experienced doctor who understands the muscles of the face.

6) The Long-Term Side Effects of Botox are Unknown

Botox has a long and well-established safety history, having been first approved for use by the FDA in America in 1988. More than 19 million treatments have been performed since it was first introduced in the marketplace, and no long-term side effects have been reported.

In one study, researchers interviewed nearly 200 patients treated with Botox for five or more continuous years between 1999 to 2012. Patients had 5,112 total treatment sessions, averaging two or more treatments each year over an average of nine years, although some had received treatment for as long as 16 years.

The researchers concluded that Botox was safe for long-term use, with no Botox-related adverse events reported by the patients. In addition, the patients' self-perception of age reduced in correlation to use of the product (i.e., the longer they were treated, the younger they perceived themselves to look).

Feel better informed about Botox? If you have any further questions or queries, please get in contact with Ocean Clinic Marbella, and we will be happy to assist you.