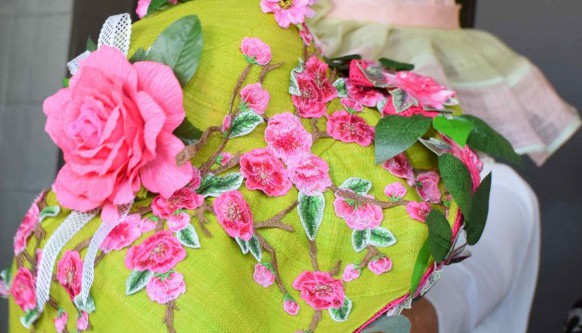 
It is a tradition that Kristina Szekely organizes an Easter glamorous hat party. The venue of the event was the emblematic restaurant "La Meridiana", now managed by LEPANTO at Marbella. This Saturday, 15th April 2017 with more than 200 guests, where many have been attending the event for over twenty years!

The cocktail party in La Meridiana's beautiful garden was followed by a three-course lunch. The entire event was accompanied by live music.

Kristina Szekely's Sotheby's International Realty is synonymous with luxury in the real estate sector of Spain. During the last 40 years, it has been considered as the undisputed leader in the market offering its clients the best properties both in the residential and commercial sectors. Its reputation for offering the best service and the best properties in the Costa del Sol, Gibraltar, Madrid and Seville has no competition.

The event began with a magnificent cocktail in the gardens of La Meridiana, which gave way to the lunch prepared by the catering of Lepanto, who is in charge of the management of La Meridiana. Prizes were donated by the guests, to reward the most original hat or Pamela. As it is custom every year the party ended with Latin dancing.

Only entrance with Pamela or hat is allowed.

As the designer tells us, the party is a lot of fun, and it is wrapped in good energy generated by hostess Kristina Szekely.

Fernanda Carregado did styling for the Pamela party by Kristina Szekely.

See the Gallery Vol. 1 by  ramoscomunicaciones.com

See the Gallery Vol. 3  by  www.boommarbellatv.es