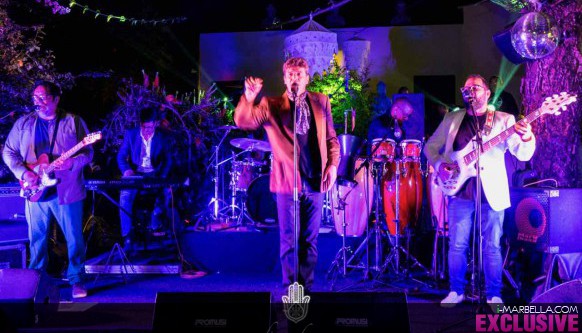 Finca Besaya locates between the sea, and the mountains, Puerto Banús and Marbella, magic, gastronomy and atmosphere come together to a place that charms the senses.

On 14th April 2017,  I LOVE 90´S  atmosphere at Finca Besaya, and the best music from 90-s with JAVIER OJEDA (Vocalist from Danza Invisible) performed a live concert

Javier Ojeda reached his first musical successes with the group Invisible Dance, which he entered in early 1982. Since then he became his head, and he got to get seven gold and two platinum records, with at least ten singles of extreme popularity.