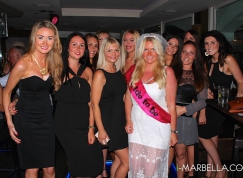 
La Sala Restaurant has truly become the ultimate social and dining experience and is renowned as one of the busiest restaurants in Andalucía, an accolade successfully retained all year round not only during the traditional summer season.