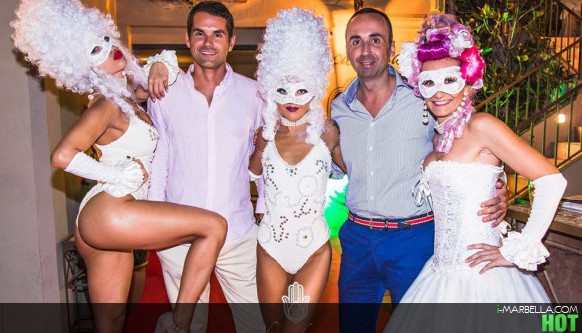 
Finca Besaya hosted a new type of party: Masquerade, and it was fantastic!

Finca Besaya hosted the Masquerade Party this August 12, 2017. Here are the official details of the party:

We leave you the pictures of the event!

This is the Masquerade Party @ Finca Besaya, Marbella, August 12, 2017

riley naomi 14-09-2017 08:36 I want the world to know a great man that is well known as Dr. Alli, he has the perfect solution to relationship issues and marriage problems. The main reason why I went to Dr. Alli was for solution on how i can get my husband back because in recent times I have read some testimonies on the internet which some people has written about Dr. Alli and I was so pleased and I decided to seek assistance from him on his email [Allispellhelp1@gmail.com] which he did a perfect job by casting a spell on my husband which made him come back to me and beg for forgiveness.I will not stop publishing his name on the net because of the good work he is doing. I will drop his contact for the usefulness of those that needs his help.His Email Dr. Alli "CONTACT via [ Allispellhelp1@gmail.com ] You can contact him today and get your problem solved.Call +2348100772528
0