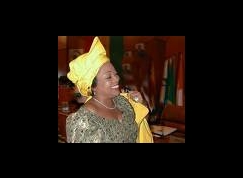 
It’s been revealed that the local cosmetic surgeon who performed a fatal procedure on Nigeria’s first lady plans to appeal his conviction. Stella Obasanjo tragically died after undergoing a liposuction procedure in a leading Marbella clinic in 2005.

Lawyers acting for Antonio Mena have announced that they will appeal their client’s conviction after he was found guilty of negligent homicide following the procedure which took place at The Moulding Clinic four years ago.
The Euro Weekly reports, Mena was sentenced to one year in prison in mid-September and forced to pay 120,000 euros compensation to the victim’s son. A three-year ban from practise was also posed on him by the Málaga court. However, it’s thought unlikely that the surgeon will actually have to serve any prison time.
Stella Obasanjo, died aged 59 after a tube to remove fat was inserted into the abdominal cavity and accidently punctured her colon and lacerated her liver. She was rushed to intensive care and sadly died the following day in the Costa del Sol hospital.

Anna 21-10-2009 23:08 Yes, I agree. They need to control it more to avoid these sorts of situations. Marbella should develop some sort of governing body, that's if there isn't already one??
0