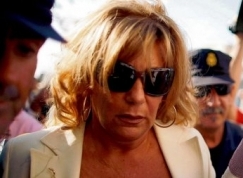 It's the case that has gripped the country, making the accused seem more like soap opera stars than suspected criminals. The largest municipal corruption trial in Spanish judicial history got under way in Malaga yesterday. The case is expected to last at least 12 months.

The prosecutor is demanding a total of 500 years for the 95 accused – among them three former mayors  Marbella, senior town hall officials and many leading businessmen - on charges including bribery and corruption, money laundering, tax evasion and misuse of municipal funds.

It is just over five years since it was realised that €2.4 billion of Marbella’s municipal funds had been plundered. The web of corruption began during the term in office of flamboyant  late mayor Jésus Gil y Gil,

When the scale of corruption emerged in 2005 and so many officials were detained, the regional government was forced to step in – the first time in the era of Spanish democracy that an elected council has been expelled from office. They found the vaults empty and Marbella over €512 million in debts.

The alleged mastermind behind the web of corruption is Juan Antonio Roca, the one-time urbanisation consultant to Marbella, who is accused of amassing a vast fortune by acting as intermediary between the town hall and developers to arrange building permits, change zoning plans for development and construction on green zones and performing other favours for his contacts.Roca is said to have invested his ill-gotten millions in property, country estates, thoroughbred horses and hundreds of works of art – he is even said to have had a Picasso painting in his cloakroom.

Another of the accused is Julian Muñoz, a former mayor who achieved notoriety for his well-publicised love affair with Isabel Pantoja, one of Spain’s leading singers, for whom he left his wife of over 20 years. Ms Pantoja has not been charged in this case, but she does face separate charges of money laundering.

A former deputy mayor, Isabel Garcia, is alleged to have received large sums of money in cash to help Mr Roca in his business deals.  When they searched her luxury home, police found almost €400,000 in €500 notes in a safe.

The prosecutor is demanding 12 years for Ms Garcia and also for Marisol Yague, mayor at the time of the state intervention, who is described as “Roca’s puppet” for acting on his behalf.