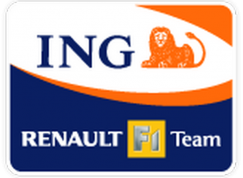 Renault F1 have hit back at their sacked driver Nelson Piquet Jr. after a leaked transcript of his evidence to the sport's governing body revealed he claimed to have been ordered to crash to fix a race. They have taken their case to the police.

Renault now has to appear before the FIA (Fédération Internationale de l'Automobile) on September 21 to answer a race-fixing charge. They have also made a complaint to the French police against Piquet and his father Nelson Piquet Sr., claiming blackmail and false allegations. "Renault F1 Team and its managing director Flavio Briatore have commenced criminal proceedings against Nelson Piquet Jr. and Nelson Piquet Sr. concerning the making of false allegations and a related attempt to blackmail the team into allowing Piquet Jr. to drive for the remainder of the 2009 season. The matter will also be referred to the police in Britain." Piquet Sr. is a three-times former world champion.

Piquet Jr. crashed in the 2008 Singapore Grand Prix just after an early pit stop for Fernando Alonso, bringing out the safety car. As the cars ahead of Alonso went in for fuel under the safety car, he moved up the pack to take victory. Piquet Jr. was sacked after the 2009 Hungarian Grand Prix.

"I was asked by Mr Flavio Briatore and [engineer] Mr. Pat Symonds to deliberately crash my car in order to positively influence the performance of the Team at the event," said Piquet Jr. "I agreed to this proposal and caused my car to hit a wall and crash during lap 13/14 of the race." He added "At the time of this conversation, I was in a very fragile and emotional state of mind - brought about by intense stress due to the fact that Mr Briatore had refused to inform me of whether or not my contract would be renewed for the next racing year."