Pagani launches the new Zonda Tricolore at the Geneva Motor Show this week. 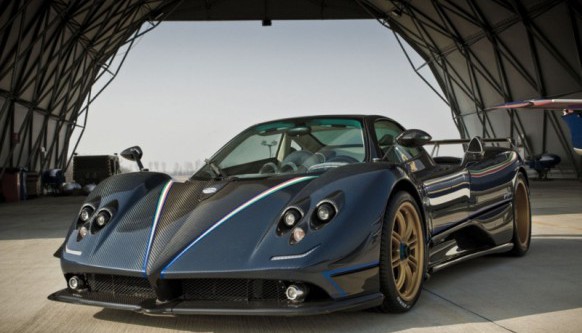 The Italian car makers, Pagani Automobili, founded in 1992 by Horacio Pagani and renowned for making carbon fibre supercars, are launching the special edition Pagani Zonda Tricolore this week at the Geneva Motorshow. The Zonda Pagani Tricolore has been designed to be even more extraordinary than its predecessors, the Zonda Cinque and Cinque Roadster which will be substituted at the end of this year by the Pagani C9. The Zonda Tricolore is constructed entirely of carbon fibre and titanium and treated to give it a distinctive bluish tinge, the aeronautical inspiration runs seamlessly through the body of the car with references to the Italian flag clearly evident in design aesthetics. This supercar reaches a cool 350km per hour and is capable of accelerating from 1 – 100km in three seconds. If you have a few quid to burn and can see yourself seated behind the wheel of this Italian gem, contact Guarnieri Autos.

Guarnieri Autos is the exclusive importer of Pagani cars in Spain.