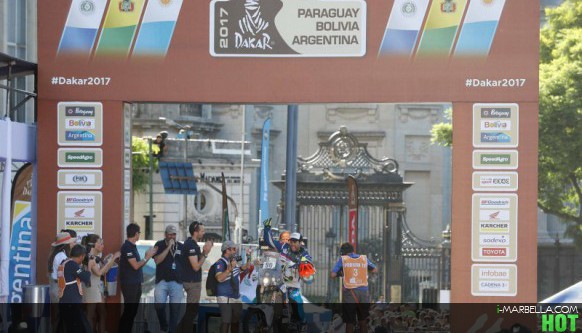 
The second time participant in the two-week Dakar Rally, Thomas Triisa defied the highly complicated weather and sleepless nights finishing on Saturday, the world's most difficult rally winner in its class.

Dakar race is an off-road endurance event. The terrain that the competitors traverse is much tougher than that used in conventional rallying, and the vehicles used are true off-road vehicles rather than modified on-road vehicles. Most of the competitive special sections are off-road, crossing dunes, mud, camel grass, rocks among others. The distances of each stage covered vary from short distances up to 800–900 kilometres (500–560 mi) per day.

Overall Thomas Triisa achieved 30th place and he is the all-time best Estonian.
Dakar marathon rally Malle-moto class in South America was finished past Saturday. Estonian Toomas Triisa admitted that those were the most insane two weeks,
but the future will tell whether he will once again do a heavy rally.